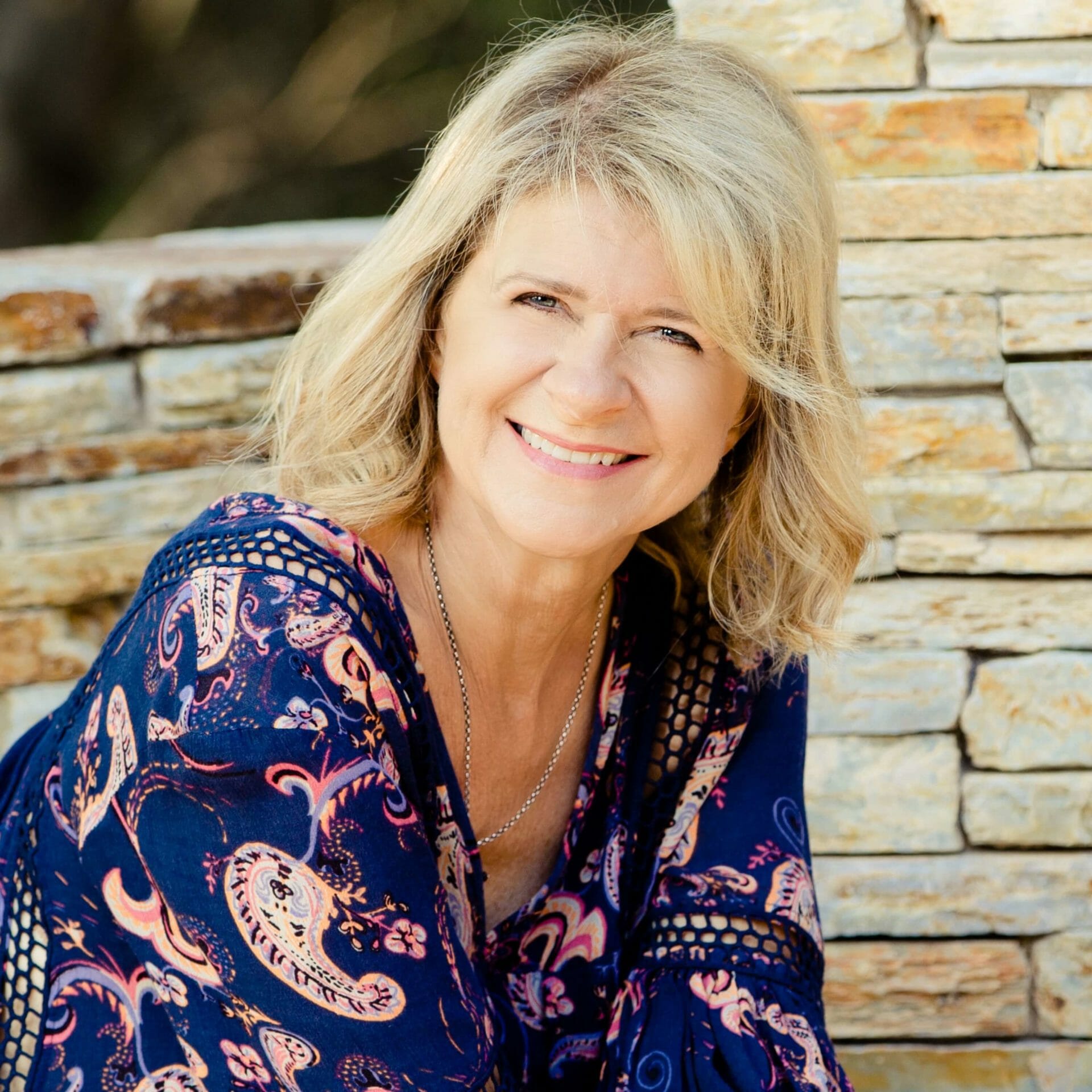 Lauri Jones Pastrone founded Peace by Piece International (PbPI) in 2017 to create bridges between corporations and underserved communities. Every day, she is inspired to see how companies’ gifting choices shift the direction of people’s lives – especially women who have been homeless, incarcerated, trafficked, or abused. She believes that every act of gifting can and should be a way to help lift up individuals who deserve a second chance.

Prior to founding PbPI, Pastrone created and co-produced The SHARE Cookbook, published in 2012 by Kyle Books. Selling over 65,000 copies globally, the book focuses on the work of Women for Women International, a one-year sponsorship program that helps women survivors of war and conflict to become self-reliant. Artists, chefs, and humanitarians including Paul McCartney, Nelson Mandela, Annie Lennox, and Emma Thompson contributed recipes, and Meryl Streep wrote the foreword.

Pastrone spent nearly two decades in data and media intelligence with executive positions at International Data Corporation and PressChoice of London. She is a graduate of the Middlebury Institute of International Studies in Monterey, California with a BS in international economics. She also attended Pontifícia Universidade Católica in Rio de Janeiro and speaks Portuguese fluently. Pastrone lives in Los Gatos, California, with her husband Paul. 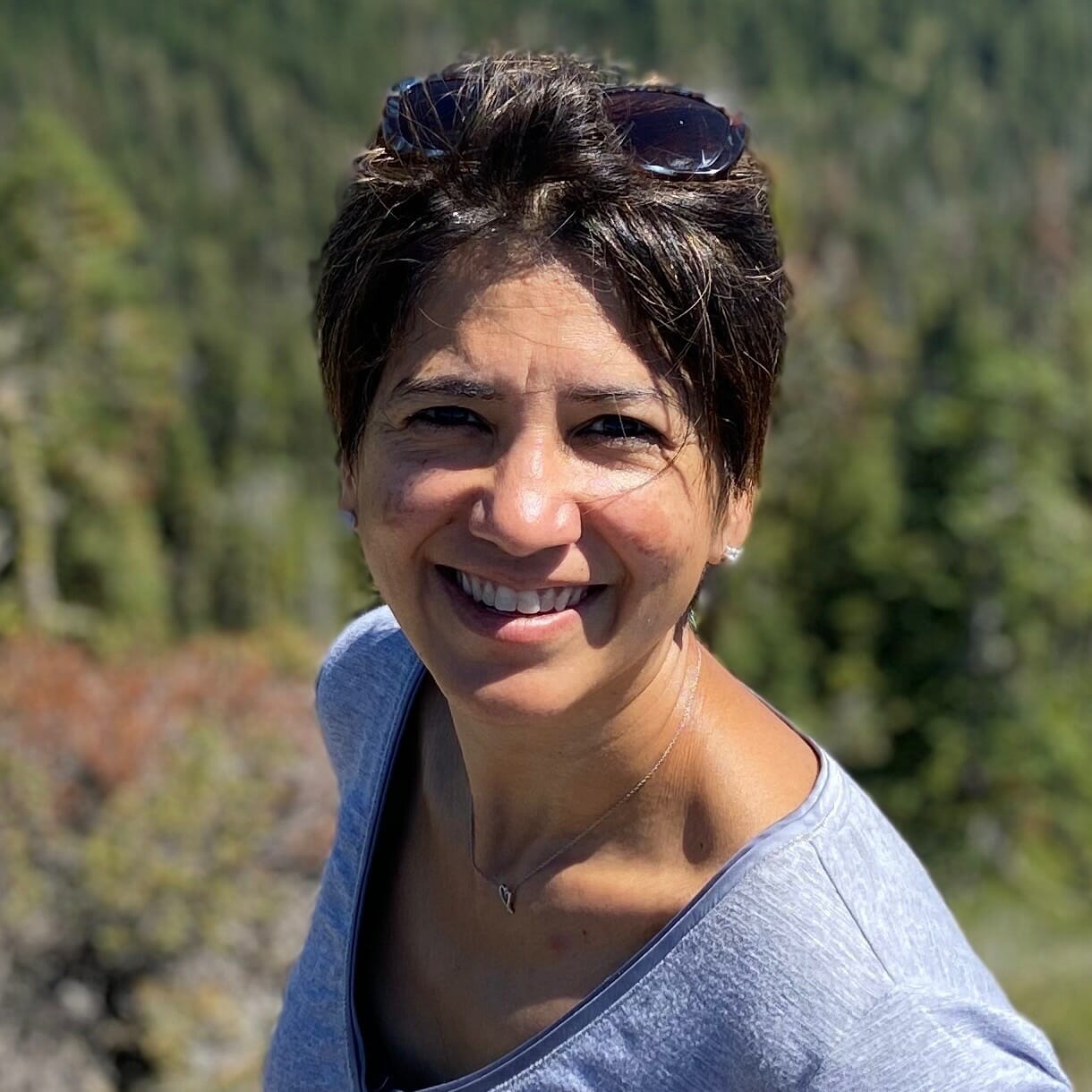 Deborah Johnson strives to effect positive social change through education, community action, and social enterprise. Having worked for over 15 years in science education and molecular biology research and 10 years in volunteer community building, she applies scientific thinking, strong relationship skills, and a multicultural approach to organizing people and information around clear and common goals. 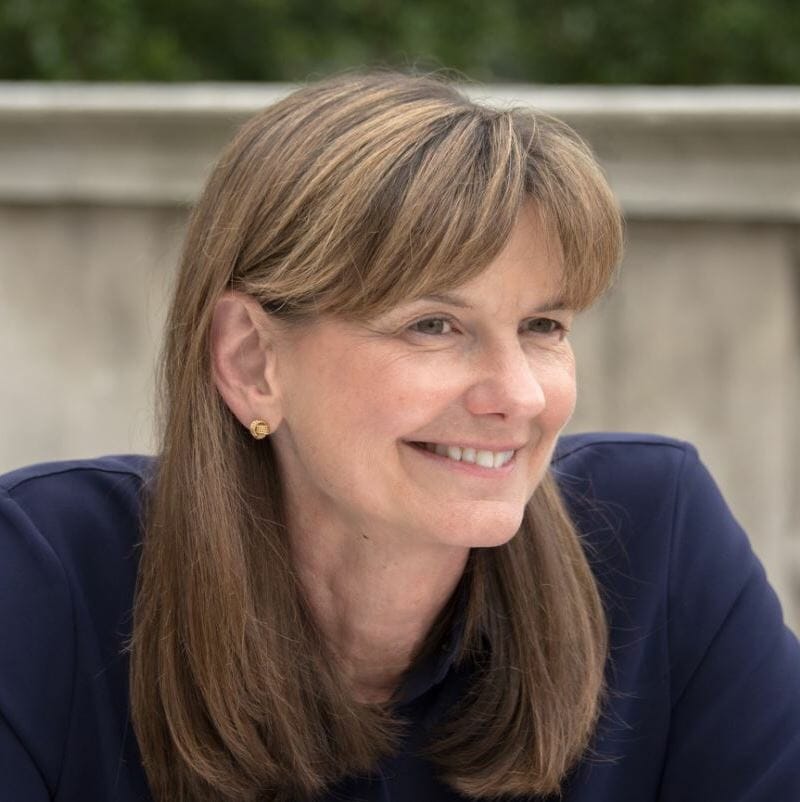 For over three decades, Robin Selden has successfully worked in executive management and marketing throughout the tech industry, including executive positions at Avast, NETGEAR, Dolby, Logitech, and Adaptec. With a passion for supporting women, Selden serves on the board of directors of The Julian Center and is a business advisor and guest lecturer at Santa Clara University's Leavey School of Business.

Selden has received the Silicon Valley TWIN award honoring women executives and was named one of Silicon Valley Business Journal‘s "Top Women in Business" in 2003.  She earned her BS with honors from California Polytechnic State University and her MBA from Santa Clara University. 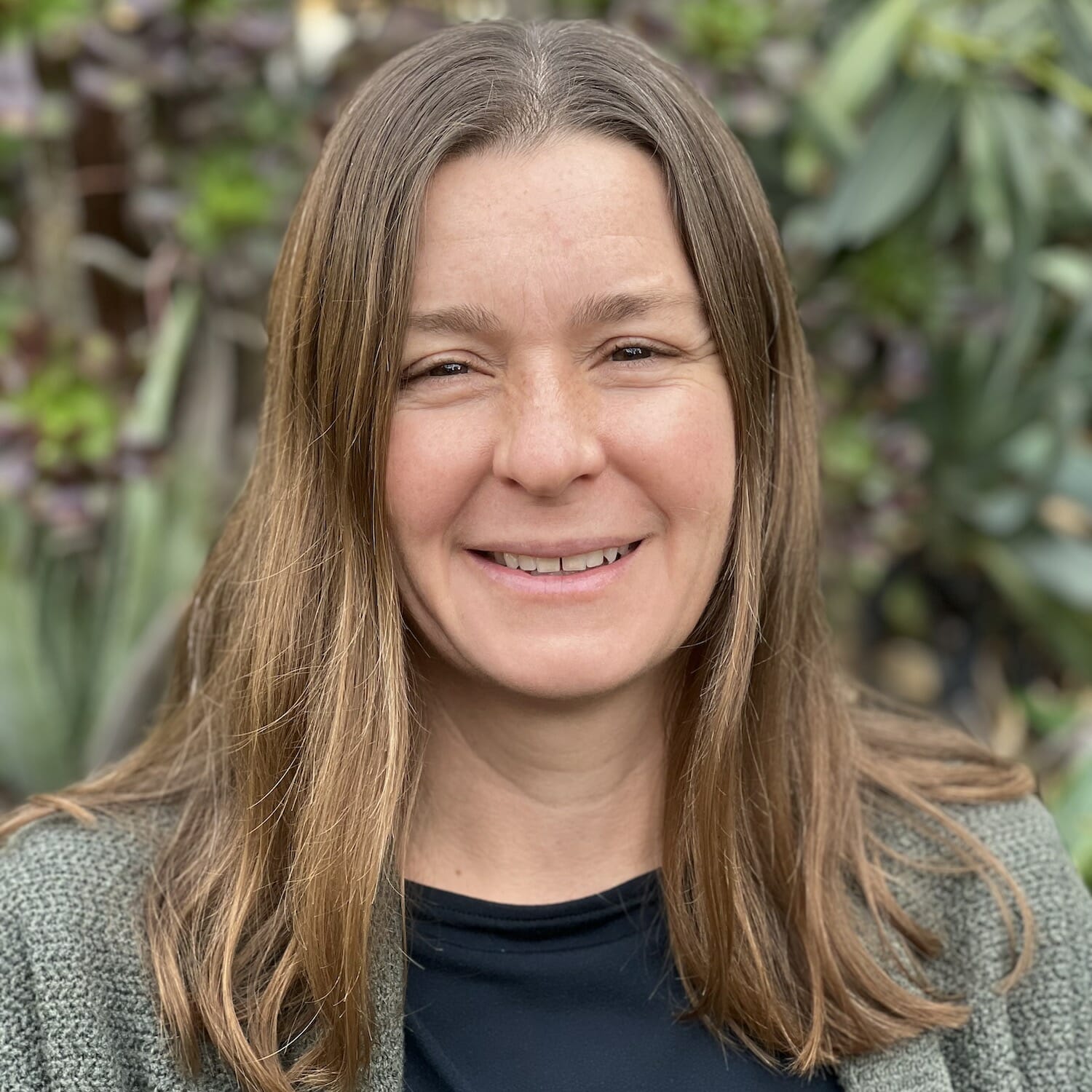 Sarah Johnston brings over 25 years of experience in accounting and finance, including past roles as a financial analyst at a publicly traded company and a CPA providing tax and audit services. Today as an independent financial consultant, she provides accounting services, audit support, cash flow management, budgeting, financial reporting, and tax compliance to small businesses and nonprofits.

Johnston is passionate about sustainability, environmental issues, and the power of vocational training to transform lives. She volunteers locally as a community activist regarding wildfire issues and globally as the volunteer bookkeeper for International Veterinary Outreach. She earned her bachelor's degree in mathematics from Pomona College and her master's degree in accounting from San Jose State University. 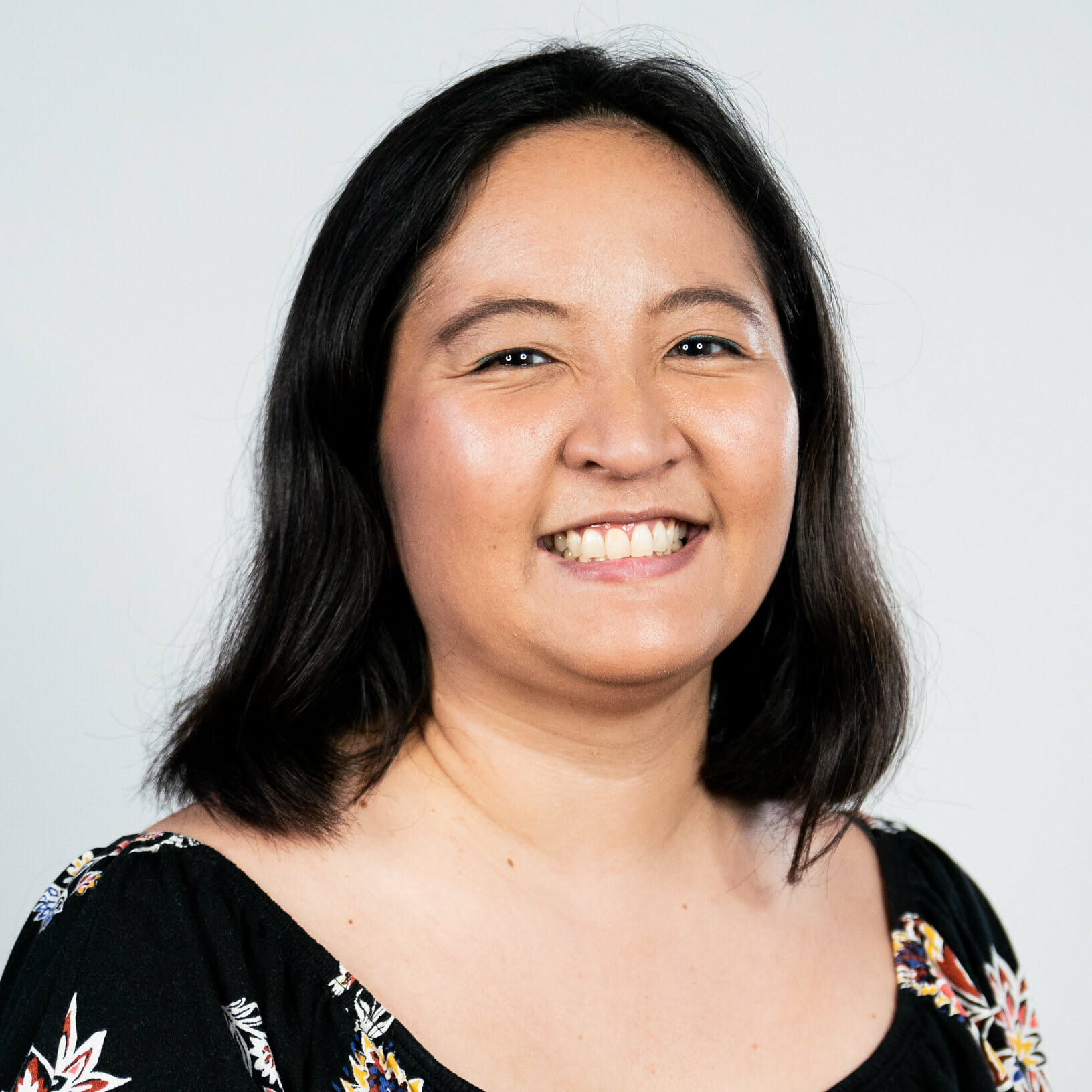 Kim Kohatsu combines a rare mix of experience in traditional and digital media. As a copywriter for several leading ad agencies, she spearheaded award-winning TV, radio, print, outdoor, and guerrilla campaigns for clients including the California Avocado Commission, AAA, The Orange County Register, and The Hilton Family of Hotels, among others. She then shifted her specialty to online marketing, helping B2B tech startups improve their online presence through PPC, SEO, email marketing, and social media.

Kohatsu earned three bachelor’s degrees in advertising, political science, and French from Syracuse University. In 2001, she was named a Syracuse University Scholar, the highest honor the institution bestows on only 12 graduates per year. She earned her master’s degree in communications from the Adcenter (now Brandcenter) at Virginia Commonwealth University. Since 2020, Kohatsu has chaired the marketing and PR agencies group within the Forbes Business Council. She is also a member of Mensa.

Courtney Bonin joined PbPI after spending over a decade as a relationship and project manager in the pharmaceutical and biotech industry. In that role, she led a team to ensure the accurate and timely delivery of custom clinical research software while maintaining a high level of customer satisfaction. 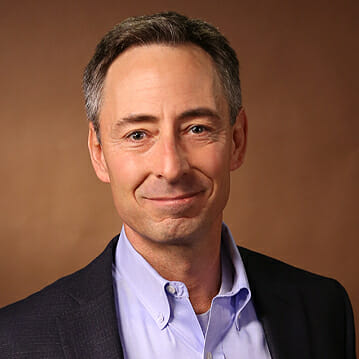 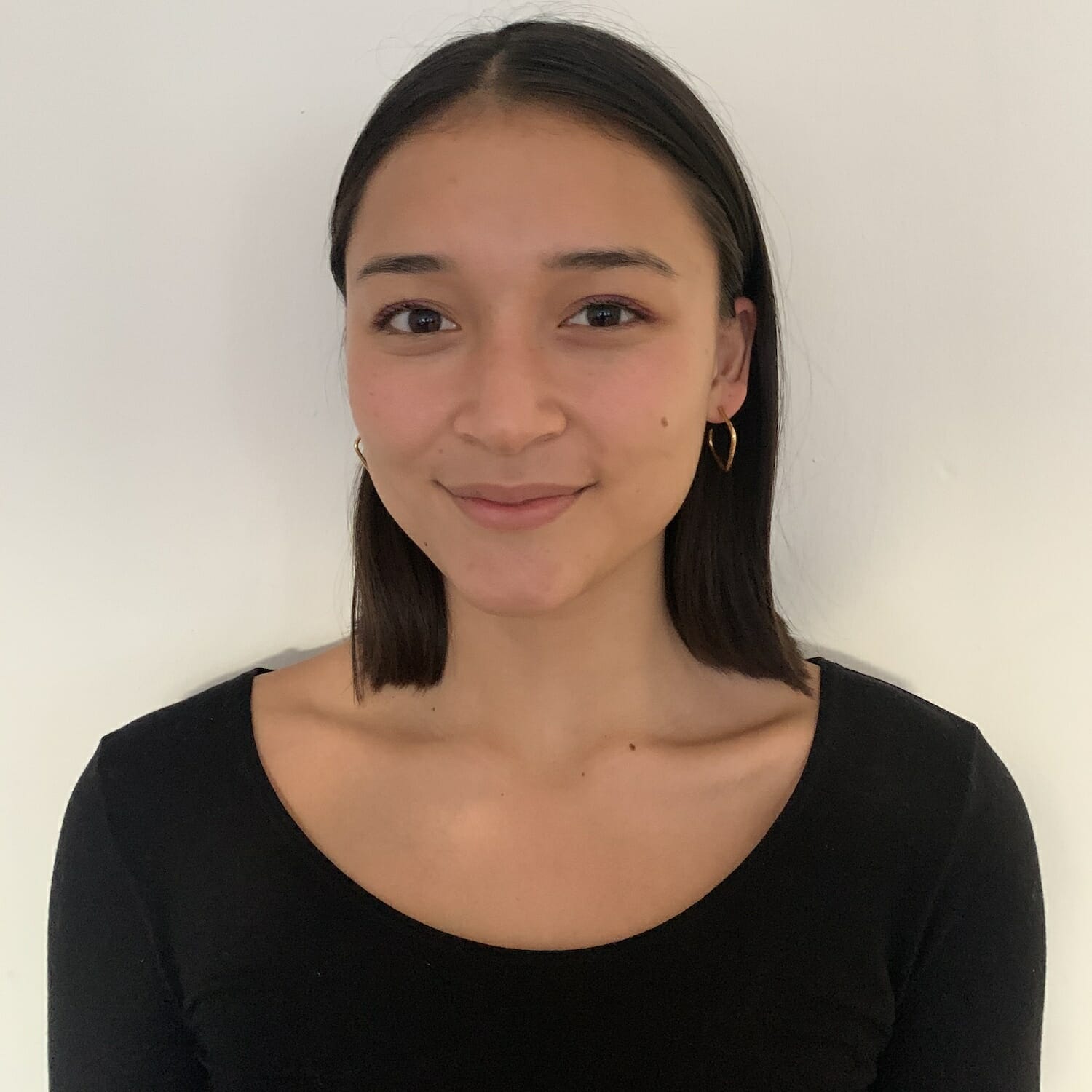 Passionate about creating system changes and sustained impact for marginalized communities, Mai Li Spencer recently graduated from UCLA with a degree in business economics and communications. In college, Spencer worked as an associate consultant for Net Impact Undergraduate and as a strategist in advertising. Her commitment to sustainability and passion to assist refugee populations inspires her work at Peace by Piece International. Spencer hopes to challenge companies to be purpose-driven and take the lead in social change. 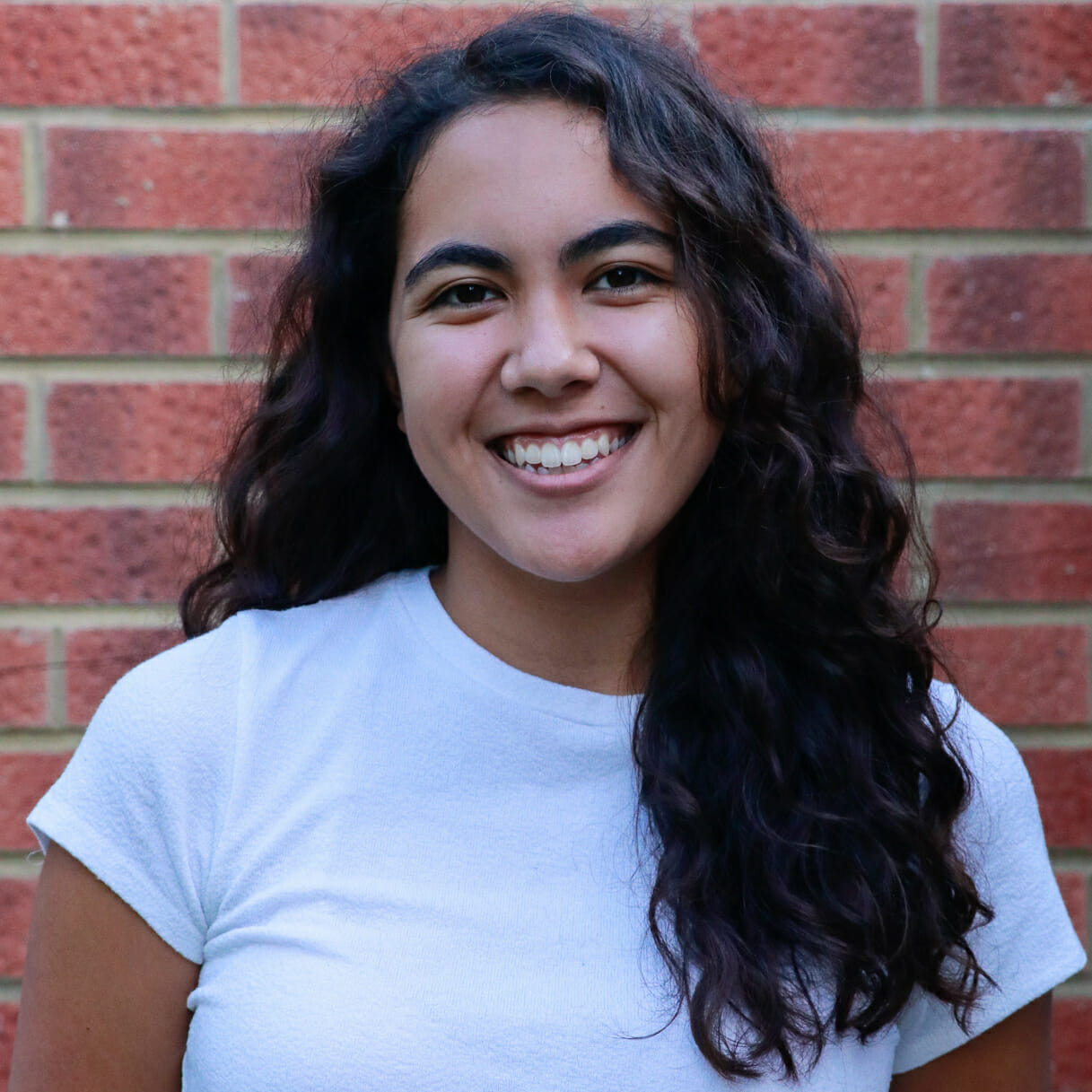 Alena Jarrett joined Peace by Piece International because of its simple but strong mission to make corporate gifting a socially responsible act. Through social media, she tells the stories and shares the skills of PbPI artisans with others.

Jarrett is currently completing her BA in contemporary media cultures at the University of Arts London. Having worked for California Ocean Alliance and UK marketing agencies The Tree and Wordsmith Digital, Jarrett believes that companies should set an example for employees and stakeholders through their gifting. She is passionate about being environmentally conscious and deeply appreciates how many of PbPI’s partners repurpose discarded materials and fund the cleanup of pollution. 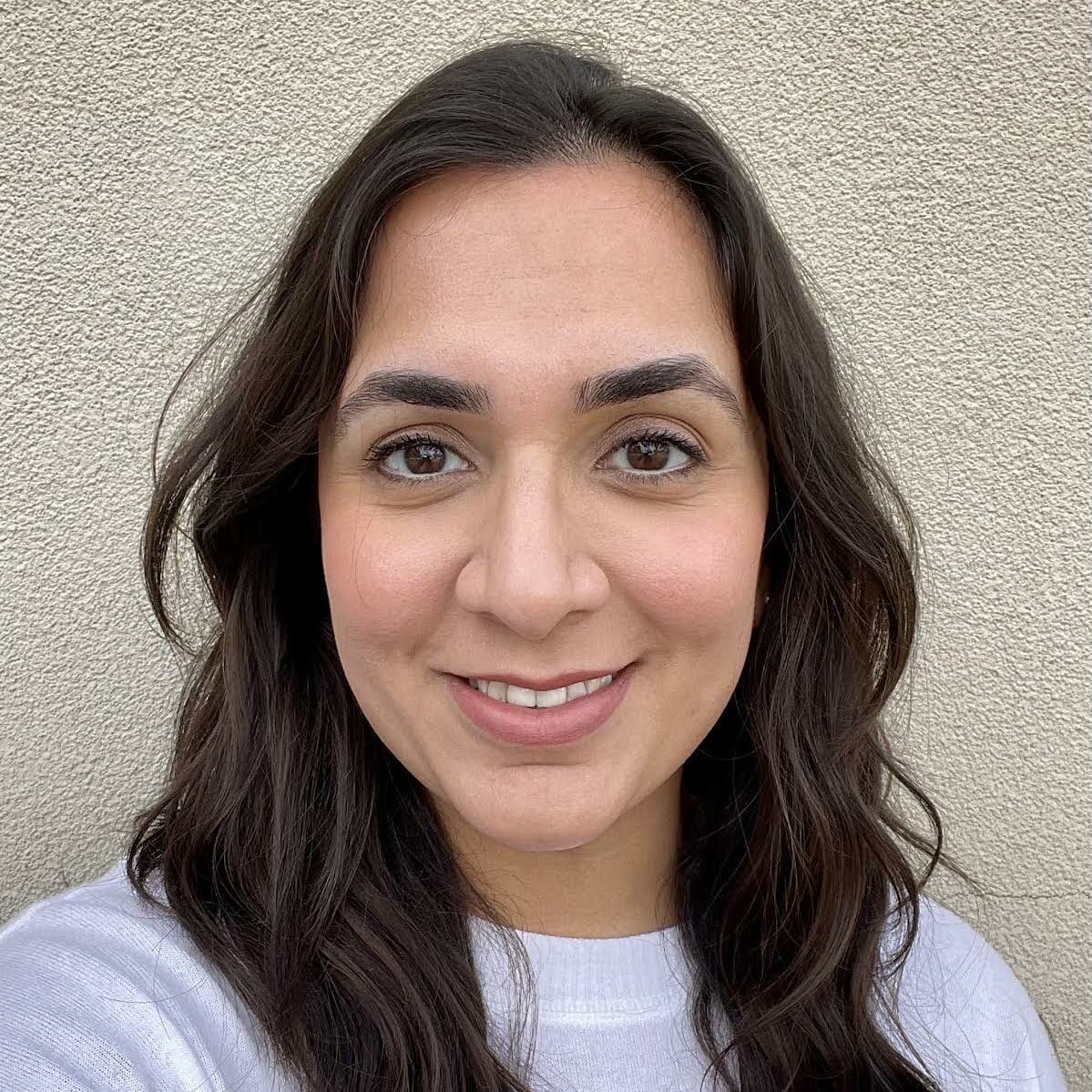 A multidisciplinary designer with over 10 years of experience in brand identity, publication, packaging, and information design, Farah Hasnie has successfully led a business that empowers women in the workplace. She has worked as a lead creative designer for many notable nonprofit organizations. Hasnie believes in living life with a greater purpose, which is why she loves working with Peace by Piece International. She studied graphic design and print media technology at the University of Houston, where she received her BA with honors. 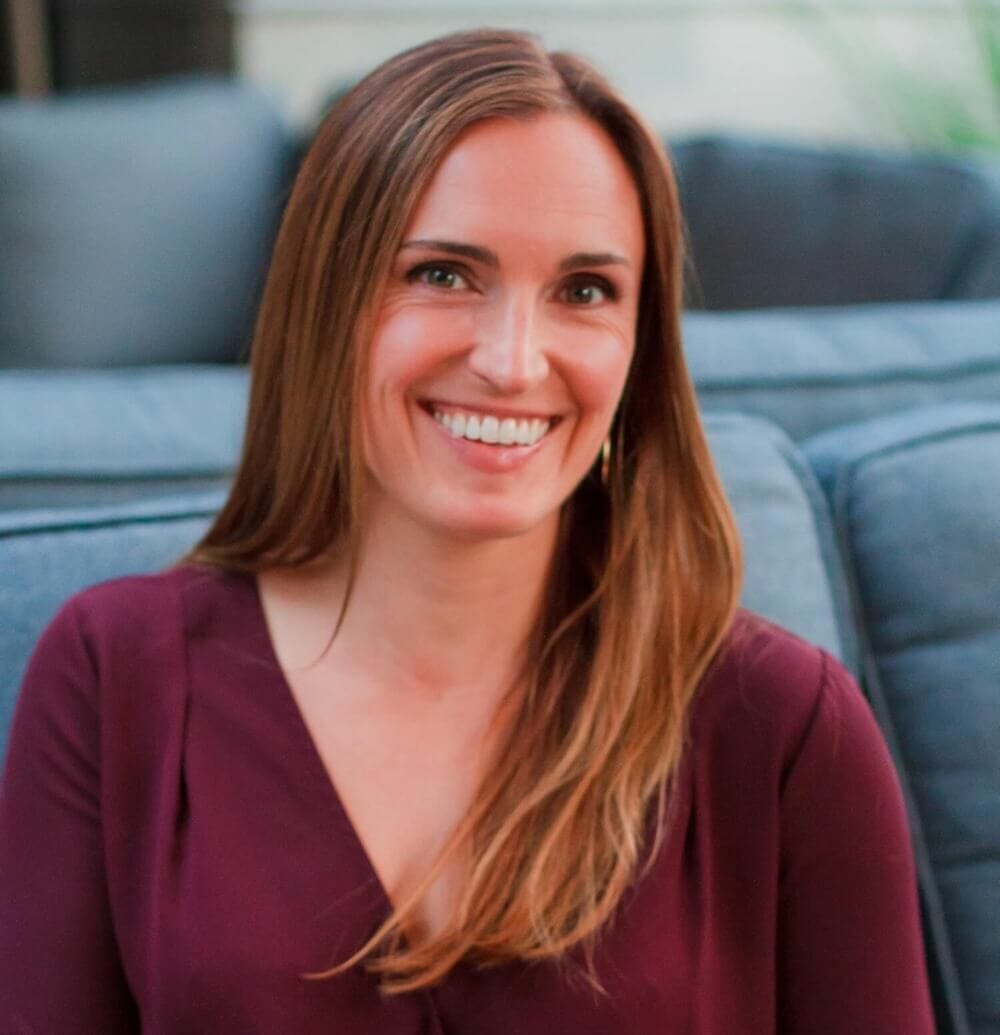 Olsen is a leadership team development consultant and facilitator who is passionate about unlocking leadership potential to create positive social change.

She has over 10 years of experience achieving peak performance through a blend of facilitating, catalyzing connections, and encouraging continuous growth. Olsen spent eight years at Peak Teams, Inc. (now the AIP Group) as a lead facilitator, director of clients, and general manager. She guided the success and growth of the business while developing and sustaining partnerships with clients.

In addition to Peace by Piece International, Olsen advises Resonate Workshops. She has worked with social ventures to increase their impact and sustainability, serving as interim COO at Peace by Peace, building capacity through creating train-the-trainer programs for Resonate Workshops in East Africa, and improving the recruiting and vetting of fellows at Kiva.org. From 2004 to 2014, she served on and led the board at Girls for a Change. Olsen earned her BA in management communications from Point Loma Nazarene University in San Diego. 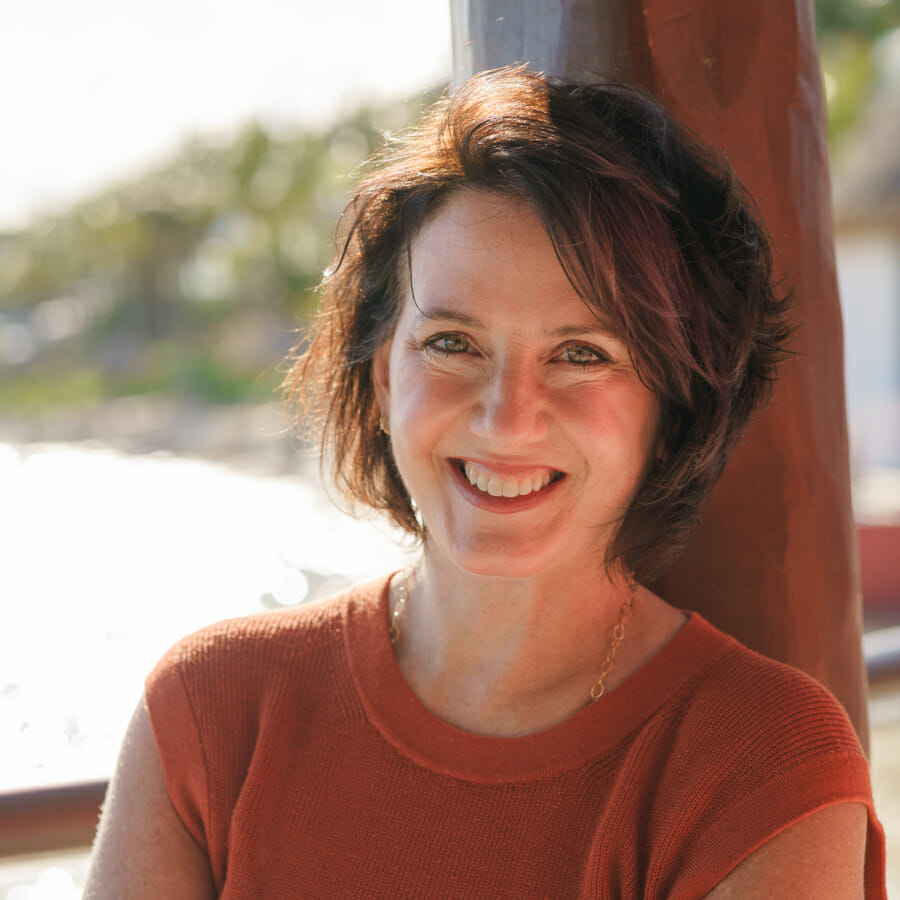 A senior marketing professional with extensive experience in technology, Nancy Nunziati is known by a San Francisco-based ad agency as the “client whisperer.” Nunziati says advising Peace by Piece International is special to her because of her passion for helping women around the world and her desire to care for and sustain our planet.

Prior to the formation of her consulting company, Nunziati held VP of marketing positions at cybersecurity and robotics companies and consulted for both startups and multi-billion-dollar corporations with a focus on corporate brand strategy, breakthrough advertising campaigns, and customer acquisition and retention.

With a degree from UC Berkeley, Nunziati has been featured with Andrea Smith on Living in Digital Times’s “Mommy TV,” and Robots on the Runway. She helped produce TEDxSandHillRdWomen’s “Women Rising.”